Recently BUTTING received the largest order in the company’s history to equip a pneumatic post system with pipes and elbows. This system will be situated in one of the largest chemical parks in the world: the Sadara Chemicals Complex in Jubail Industrial City in Al Sharqiya, Saudi Arabia. 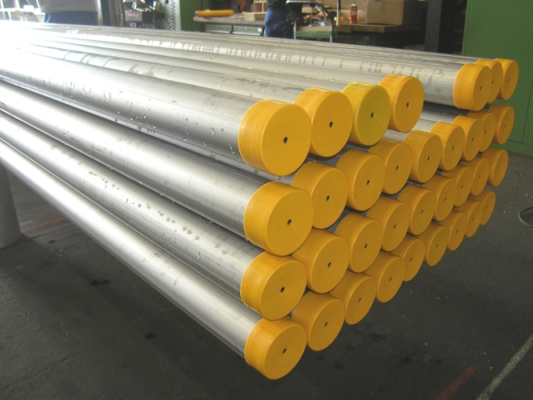 The Saudi Aramco oil company, one of the leading energy suppliers, and the Dow Chemical company (Dow), one of the largest chemical companies, have come together in a joint venture to construct and operate a chemical plant. The Sadara Chemicals Complex is being set up 100 km northwest of the port of Dammam. After the planned completion in 2015/2016 it will comprise 26 production units to manufacture a wide variety of chemicals. The plan is to produce more than 1.5 million t of ethylene, around 400 000 t of propylene and other chemical products for the markets in Asia, Eastern Europe, the Middle East and Africa.

The order for the pipe includes around 20 km of transportable pipes in size 157.6 x 2.0 mm. The final part of the order involves the production of 900 transportable elbows of the same size, with a radius of 1 200 mm.

The basis for form and position tolerances in manufacturing our pipes and components is always provided by the German and the internationally recognised standards. We implement the more demanding requirements of our customers with defined dimensional limits and calibre checks in a targeted way.

Very soon our pipes and elbows will contribute to the rapid and secure transportation of material specimens in the chemical complex in Saudi Arabia.