The awards ceremony for the best graduate apprentices in the Lüneburg-Wolfsburg chamber district was held in Gifhorn town hall last Monday 23rd September. Three trainees from the stainless steel processing company BUTTING were among those who received awards. 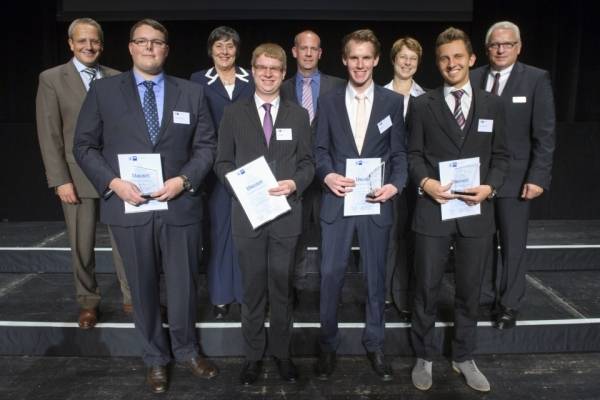 Over 4,800 trainees passed their final examination in the Lüneburg-Wolfsburg chamber district this year. During the ceremony, 86 of them were given an award for being the best in their trade. The BUTTING trainees demonstrated their ability with their outstanding results in three different professions: systems mechanic, IT specialist and materials tester.

Jonas Holz was awarded first place among the systems mechanics. He has continued to work for Butting following the completion of his apprenticeship. Alongside his work in pipe production, he will complete an in-service training course to become a technician.

Tim Brandes proved his ability among the IT specialists and was awarded the excellent achievement of second place. Due to his outstanding performance, BUTTING has granted Tim Brandes a scholarship and his future studies will be supported through the BUTTING study sponsorship programme.

Tobias Tretschok was able to beat the other materials tester trainees and was also awarded first place. He will also begin studies in the field of materials testing in the autumn semester.

The graduate apprentices, their parents and the trainers are very proud of the fantastic achievements. “We are delighted to have achieved the top result as it demonstrates the good performances of both our trainees and our trainers”, summarises Carsten Kamke, who is responsible for commercial and technical training at the Knesebeck-based family company.